Know Your Enemy – Trolling the Trolls

The “Troll”, a frightful product of the Internet’s evolutionary process, assumes the role of a nameless, faceless, global antagonist and, indeed, is a cancerous blight on the online progression of man. Much like the “special infected” of Left for Dead 2, the troll takes on many forms, each with its own unique and infuriating ability of incapacitating a wounded and isolated Internet user.

Where the troll comes from, what drives its insidious tactics and our ability to effectively combat the menace however, need to be critically understood for but a chance in fending off the scourge of the online troll and to finally allow me the enjoyment of an afternoons live webcam show without putting up with xXxovaryKing643s’ incessant insinuations to an imaginary evening spent with my mother. I hate that guy…

The origins of the troll itself remain shrouded in legend and folk-lore. Having not used Wikipedia, I found information suggesting that standard online trolling as we know it began around the late 1980’s.

Wikipedia also did not say that the popularity of trolling was promoted and, indeed, shaped by various websites which focused on the topic during that time. I pride myself on journalistic integrity and professionalism.  I did not use Wikipedia.

Either way, as mentioned in my Grammy-nominated introduction featuring Pitbull, trolls take on roles. Classes, if you will, all equipped with their own unique tools for online provocation. In a stunning display of distaste for detail, I have managed to condense the various types of troll into three via a method I have dubbed, “the Diablo 3 Paradigm”.

These three are as follows:

“Bethesda is releasing an expansion pack for Skyrim? Brilliant! I’m going to watch the promotional trailer on YouTube”. An innocent thought. One that has, no doubt, crossed the mind of your own dear reader.

“Wow this looks amazing!” (I know right?) “I think I’ll post a comment.” “Hmm, let’s see: Can’t wait for Dawnguard”. “Oh look! Someone has commented on my post!”

This unwary soul has just fallen victim to the unrelenting onslaught of the Fan-Boy, a zealot by any standards who would defend a company’s honour to the last kilobyte of his internet cap. Fan-Boys can be easily identified by their misuse of grammar and firm belief that Sony has never released a poor Sonic the Hedgehog title.

The Fan-Boys’ argument, with reference to the scenario postulated above, would unfailingly bare resemblance to the following:

The following contains crude language and poorly constructed grammar which may be offensive to sensitive readers and Jesus.

It is important to note the Fan-Boys use of both the aforementioned noun “bitchh”,  used in this context to give recognition to the first speakers statement and provide a platform for the speaker to be addressed unambiguously, and the conjunction, “thAt” which both serve to complement and support the Fan-boys’ assertion.

In my many years of servitude to the Internet I have seen all too many make the fatal mistake of engaging the Fan-Boy head on. Much like trying to convince a child on the dangers of inhaling whole crayons, it is an exercise in futility and is much more amusing to remain mute on the matter while observing their slow, yet, inevitable decline into self-destruction.

I have also found that the sending of links to images consisting of a large Samoan man’s genitalia is equally effective at bringing a looming Fan-Boy showdown to an abrupt end.

The IwenttoDavidThorneswebsiteandIamwayfunnierandcooler, which will be abbreviated to the “IWTTDTWAIAWFAC” in an effort to stave off carpel tunnel syndrome, is an interesting specimen.

Before continuing, I would like to point out that David Thorne is, in all ways conceivable, a True Troll and thus, should be viewed with both the admiration and sheer god-like terror that he deserves. The IWTTDTWAIAWFAC may be directly inspired by Sir Davedith Thorne (or any of his numerous counterparts for that matter) and his extensive accomplishments, however their trolling style may differ from his greatly.

It is not the style which they have adopted but rather the delusion that they themselves may one day be recognised as being the biggest smart-arse in an over-abundant sea of smart-arses.

The fact that I have stuck it in between the Fan-Boy and True Troll stands as happy accident as it is little more than an amalgamation of the two. They tend to form as an unpleasant mixture of narcissistic superiority and higher understanding of provocation like if Dr. Joseph Goebbels owned a Mac Book Pro.

The IWTTDTWAIAWFAC, which shall be renamed once again to the Thornies for obvious reasons, are the remora fish of the troll family. Latching on to a good idea with a lack of purpose is the name of the game, the Apple Computer of the trolling community if you will.

Thornies, which shall not be renamed again, are most commonly found prowling the ever-growing halls of 9gag.com, correcting the opinions of others on subjective topics while insisting that all music, for example, is a matter of taste and, therefore, cannot be judged. Some may call this a paradox. I prefer the phrase, “Double Standards”.

Those engaged by a Thorny must be cautious. They are severely allergic to originality and are surely are armed to the teeth with meme captions and various other contemporary clichés to be hurled faster than a monkey’s excrement. I speak from experience.

Their arguments are tiresome and their opinions irrelevant. In such instances I would advise the adoption of the Mahatma Ghandi method: “Ignore them and maybe they will go away”.

The True Troll is a being of purpose. Driven like the undead horde, they feast on, not the supple flesh of a mud-covered survivor, but rather on his or her reactions. Cold, deadly and precise, the True Troll has no agenda to push or point to prove and, instead, thrives off increasingly cunning methods of grating an individual’s preverbal carrot.

The online forum is its hunting ground and the opinionated its prey. While their methods differ the idea remains the same. Like the suspicious looking clown enticing small children towards the darkened corners of the local carnival, they are here to play. Oblige them but do so with the intent to counter troll.

True Trolls beget only trolling so it is advisable, when engaging one, to understand the futility of your plight.  Troll battles can be mentally taxing and victory, more often than not, depends on whose parents could afford a superior internet cap.

Opting out of the battle is at the user’s discretion as, presumably, one would have better things to do than swap witty anecdotes with a fat, agoraphobic man from Belgium.

In all honesty though, trolls, of any form, are the online equivalents of a fat, short-sighted child, shouting insults from the bedroom window and ducking behind the curtains, presumably to lustfully gaze over his Yu-Gi-Oh collection, whenever paid the slightest bit of attention. It begs the question, “Why do we care, fat child? You’re fat and we all have drivers’ licences”.

The menace of trolling is directly proportionate to the attention we place upon it much like the scratching of a growing rash in an inappropriate region. The ability to ignore is one to be learned and will hopefully offer the casual internet user greater time and energy to be directed at more important activities such as the non-use of Wikipedia as an information source on trolling.

An activity in which I have become quite proficient. I did not use Wikipedia. 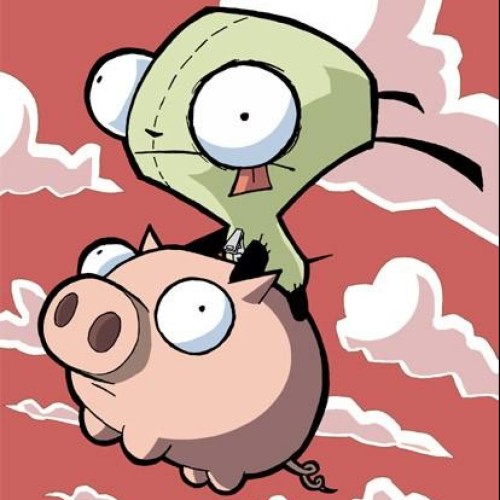