Since it’s debut , the zombie survival genre has become an area that lacks both innovation and excitement. Killing Floor 2 seems set to change that misconception by implementing various new mechanics and riveting gameplay features.

Killing Floor 2 takes place in Europe, after the mass outbreak that plagued London in the original game has spread out of control. You are part of an elite task force, deployed with the orders to kill anything and everything that isn’t human. However due to the shear variety of “zed” specimens this isn’t as easy as it sounds.

You will be not be alone, as you will be fighting alongside 5 other friends as you traverse the devastated streets of Paris, crawl though the terrifying remains of the Underground, and fight your way through the vile Horzine labs. 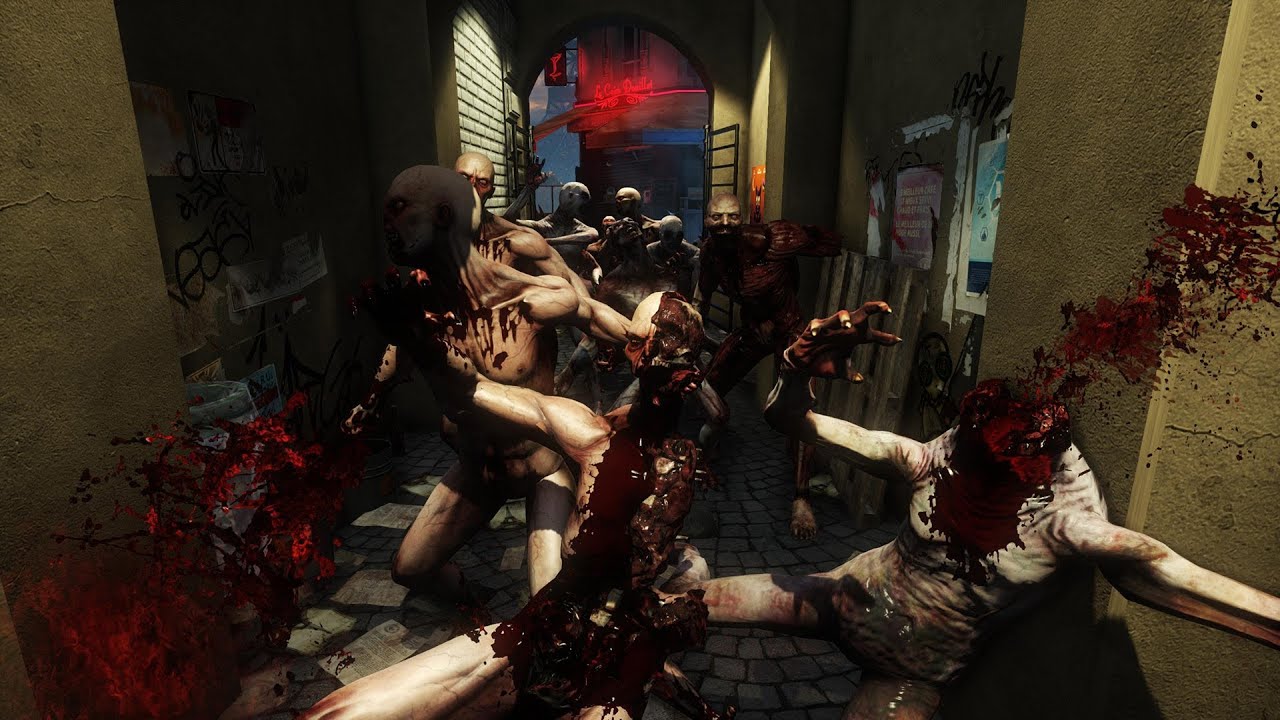 Regardless of which character you are assigned to, players will be tasked with selecting one of 6 enticing and unique skills that will aid them in their battle against the ferocious zeds.

For example field medics will act as the groups support and must be protected at all costs, whereas the sharpshooter will more than likely act as the first defense, using their vast array of weapons and skills to their advantage.

In Killing Floor 2, each perk commences at level zero, and the player will be tasked with completing various tasks and challenges, before they have the ability to level the perk and gain another new ability.

Once you have been designated your character and their unique perk you will be deployed into a quarantine zone that accommodates various zeds, your goal is to eliminate the threat and survive as long as possible. You commence each level with a meagre primary weapon specialized to your class, obligating you to immediately seek out a more powerful weapon to aid you in your endeavours.

Teamwork is your best chance at survival

During the early stages of a game you will be pitted against Clots, these act as the Zed’s “pawns” and are often used to inflict damage before fleeing into the shadows in which they were forged. However as you progress through the game you will encounter more “ferocious” species of Zed that will push you and your team to your limits.

Each time you eliminate a Zed you will acquire a set amount of cash, the more vicious the Zed the higher the cash amount. This cash will allow you to obtain new equipment and weapons in between each round. To emphasize the survival part of survival horror your character is unable to obtain every weapon they see, and are instead restricted to a set amount of guns.

As well as defensive weapons, you are equipped with a high power torch, a hypodermic syringe that blesses you with the ability to heal anyone who as succumbed to their injuries, and a welding torch. This is an essential piece of equipment as it allows you to seal doors, buying you mere moments to regain your wits and forge a plan.

As well as featuring the return of previous Zeds, Killing Floor 2 also accommodates a vast array of new and unique zeds that each possess an expanded and smarter AI. The expanded AI allows your enemies to profusely dish out attacks whilst remaining coordinated, and offering up a much more treacherous gameplay experience.