As I wait for the game to install, I cast my mind back to the excellent fun I had with the first two episodes of this popular franchise. They were scary – fun scary – and I fondly remember the ‘jump’ moments. Hearing a noise behind me in a dimly lit corridor; spinning around only to see a perfectly scripted shadow flash past….. then nothing for several unbearable minutes.

Walking into any number of well designed locations and just knowing that at some point all hell will break loose. And who can forget the very start of number 2; thrown straight into hell wearing a straight jacket and looking around thinking “what the f…..” as the beasts close in. Ah good times, good times. I sit here praying that this third part will be at least as good as the other two… well, it’s ready… here we go.

In a future in which space travel is prominent, Dead Space 3 sees the player once again taking up the troubled life of Isaac Clarke – a man trying to forget that he holds the key to the mysterious ‘Markers’: alien beacons which give rise to the nasty Necromorphs which you battle throughout this game.

Isaac sees himself dragged back into the fray on the promise of seeing his ex- girlfriend Ellie Langford once again. The main events occur on a planet called Tau Volantis and involve Isaac looking for a mysterious object known as the Codex.

The main story is interesting but does have some flaws (a love triangle in Dead Space???…come on)

Anyway, the gameplay remains exactly the same as the previous two outings, in that you control Isaac from a semi first-person perspective, interacting with the environment and shooting the hell out of anything that jumps out at you. This time you can roll and take cover, which is a distinct improvement on the first two.

For those new to the franchise, the ‘anythings’ you are shooting the hell out of are called Necromorphs, hideous human mutations of various types and sizes. The interesting thing here is that, so alien have these mutations become, that headshots are the least damaging of your combat tactics, and it is vital to get used to targeting limbs and any other appendages that dangle in your direction.

This is extremely fun and at times quite nerve wracking, but never does it become an impossible task, even when faced with the various ‘boss’ creatures that block your path. Yes, you will meet a giant ‘spider’ on several occasions – yes you will end up hating the #$@#$** thing passionately – yes, you will end up killing it with a great deal of satisfaction.

One major change from parts one and two is the weapon crafting – a system whereby you firstly collect resources yourself, or send out up to three small robots to collect the resources for you. Collecting these resources yourself requires stamping on special resource crates, or on the ugly mugs of the Necros you have recently killed, popping them open like ripe fruit to free the goodies inside – yeah, gross….You then use these resources to fashion various add-ons for weapon ‘frames’ that you can find during the game. You can then upgrade these add-ons with circuits that you can find or fashion to increase stats like reloading time and damage.

Additionally, you can add on special little units that give your weapon, for example, stasis covered bullets, or a bit of lightning damage. Phew, confused? It’s actually even more complicated than this, but once mastered, I spent what seemed like hours experimenting with different weapon designs – oh, and each weapon has two ‘levels’ if you will, so you combine two weapons in one – I used a rocket launcher/shotgun for example – very satisfying.

Did I mention ‘stasis’ above? Yes indeedy I did. What is this ‘stasis’ of which you speak, Nigel? Well, dear reader, this is a very cool ability you can use to slow down time – think of it as bullet time in space… it proves invaluable against the mobs of Necros you face and you can recharge it by picking up stasis packs along the way.

Isaac also has another interesting ability called Kinesis. See that ammo box on the high ledge over there? Use Kinesis to pull it towards you. See those limbs you have just severed from that pustulous Necro? Use Kinesis to whip them up and send them flying into another Necro like gangrenous arrows. Yesss, very satisfying, once mastered.

In certain sections Isaac is required to fly in space, just in his suit, or RIG (Resource Integration Gear), and this is far less ‘iffy’ than it sounds – actually it’s quite enjoyable to experience the vacuum of space, always trying to keep yourself from getting disorientated.

The aforementioned RIG is actually the signature piece of the game – there are many types, all good looking, all unlocked at various stages, all sharing one fixed upgrade tree. When I finally unlocked the original suit from the first game I did a little jig – just a little one around my computer chair… sigh, time to get a life.

So, how does all this mayhem actually ‘look’? Mighty fine if you ask me. Although not ground-breaking in graphical mastery, the game nevertheless looks fantastic and will still look fantastic even on moderate rigs, with a few setting changes.

The Necros are varied and horrible, the environments packed with atmosphere and detail. Of particular excellence are the facial expressions of the various characters you meet. This really helps to drive forward what is otherwise a fairly predictable storyline. (A love triangle in Dead Space??? Did I already mention that? Bleurgh).

Aside from the single player experience there is also a co-op option with the second party taking control of Sgt John Carver, and it actually works really well, revealing different options for the players: different optional quests and different perspectives on existing ones.

So to summarise, I loved it. Yes the main storyline is a bit so-so, but some of the ‘optional’ quests are in fact extremely well done, some even quite moving, revealing a sadness to the whole necromorph state of affairs and those battling to survive against impossible odds.

I spent way over 20 hours to complete the main quest, and then this unlocks ‘NewGame+’, where you repeat the whole thing again with all your weapons and equipment from the first play-through. There are also other different game types you open up the more times you play through it, so the longevity is huge.

I absolutely recommend this game to anyone who likes the idea of lopping off alien limbs with imaginative weapons in a beautiful and superbly atmospheric environment.

Bring on Dead Space 4 I say. 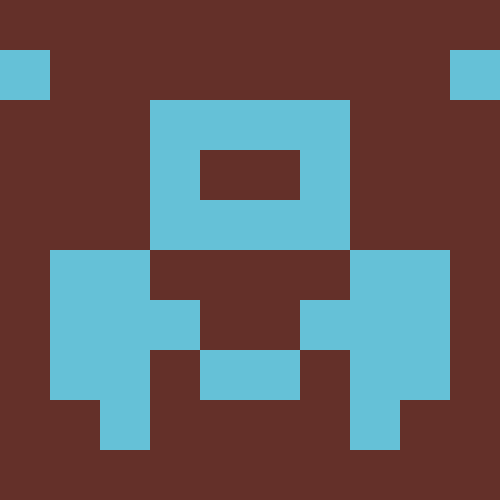