Ten of the biggest gaming disappointments of all time

We are living in the golden age of video games. There are so many publishers and so many independents that we can literally have our fill of any kind of game that we want. Never before has the link between developer and player been so strong, that we can actually work together to produce some of the greatest games ever created.

That said, for every action there is an equal and opposite reaction, and we have sure had some blunders in our time. Today, I’m looking at my top ten disappointments. What we were promised: A game limited only by your IMAGINATION!

What was delivered: A game limited only by shocking controls and a poor gameplay concept.

Scribblenauts caught the attention of the gaming press back in E3 09, with its ‘little engine that could’ small time developer 5th cell delivering a unique and entertaining concept. A popular YouTube video showcasing God on a skateboard using a shotgun to fight off the kraken seemed to only confirm this game’s awesomness. 5th cell caught on to this unexpected attention, and proceeded to feed hype to the overly eager games media machine, leading to a huge release that unfortunately failed to deliver.

While the word list in Scribblenauts is impressive, it ultimately means nothing when pretty much every puzzle can be solved with the use of a handful of items (Jetpack, rope and T-rex come to mind). This made the actual ‘game’ part of the game, which had you solving puzzles to find starite, very forgettable. Couple this with horrible controls and the most fun part of this game became pitting monsters against each other in the title screen, which grew tiring before long. What we were promised: Be GOD! Create LIFE! Control every aspect of an entire species from micro-organism to the SPACE AGE!

What was delivered: 5 half-assed blatant rip-offs of much more popular and successful games (FLOW, World of Warcraft, Ages of Empires, Civilizations and Freelancer) taped together with overly complex customization.

Spore, like Scribblenauts, rose to the attention of the gaming press at E3. This time it was E3 06, where the queue to have some hands on time with Will Wright’s latest blockbuster rivalled the queues outside Apple Stores when the iPhone launched. Pretty much every major media outlet immediately picked it as their ‘pick of E3’, and Spore was destined to be the last game we would ever play.

Unfortunately, shallow mini-games a great game does not make, and no amount of Robin Williams making silly noises could change that. On top of this, there was the spectacular DRM fiasco that many associate with Spore. Don’t get me wrong; Spore was still a good game. It just wasn’t what we were promised. What we were promised: The Sequel to KOTOR 1, which is still one of the greatest PC games of all time. KOTOR II promised to build on everything KOTOR 1 established, and make it bigger, better, and more badass.

What was delivered: A bland, unfinished copy of KOTOR 1.

KOTOR II is Predator 2 to KOTOR 1’s Predator 1 in that Predator 2 somehow managed to take all of the bad from Predator 1 and make it worse. KOTOR II was basically all of the gameplay and UI elements from the first game, touched up enough to make the changes barely noticeable, then thrown around unlikeable characters and an incoherent story with an ending so bad and sudden that many of us thought the game to actually be unfinished when it was released. Turns out we were right. What we were promised: “It’s gonna be the best game ever.”

What was delivered: A reality check for Peter Molyneux

It’s impossible to compile a disappointing game list without Peter ‘The Hype Master’ Molyneux. Molyneux hyped Fable up so much that it would not have been surprising if he had announced playing Fable would be guaranteed to make you more attractive to the opposite sex.

Dozens of promised features, including the ability for the main character to have children, failed to make the final cut of this bland fantasy RPG. Miraculously, it still managed to spawn a franchise, and while Fable 2 showed far less hype and far more gameplay improvements, everyone will still remember Fable as the game that claimed Molyneux’s last morsel of credibility. What we were promised: The long awaited successor to one of the greatest time wasters of all time.

What was delivered: The Real Money Auction House

I was very hesitant about putting this game on the list, as these days, I actually quite enjoy it. Blizzard have taken a long, hard look at fan feedback, and the last two major patches (1.04 and 1.05) have been nothing but gigantic leaps forward into bringing the game in-line with the legacy of it’s predecessor  But, it’s impossible to deny that Diablo III, at launch, was a complete disaster.

Entire features were missing, and still are (PVP), the story was on the same level as an episode of Scooby Doo, and the end-game difficulty level, Inferno, was completely broken. None of that compared to the fact that drop rates were so low, that it was almost impossible to progress without using either the gold or real money auction house.

Although they are quick to deny it, anyone who played the game seriously can see the obvious – Blizzard built the entire game around having the auction house, for the sole purpose of cashing in on every micro-transaction made in the RMAH. What we were promised: 1 to 1 motion controls. Make a gesture with your hand, have your character mimic it on screen. Trailers for Red Steel and Metroid Prime 3 consisted of half gameplay footage, half real life footage cool-looking twenty-somethings making cool-looking motions.

What was delivered: A wagglefest.

The Wii has been a console plagued with disappointment, right down to its very name. Someone in Nintendo Japan’s marketing who obviously doesn’t speak any English, had the bright idea to change the consoles’ working title from the much cooler sounding ‘Revolution’ to the thoughts-of-urine-inducing ‘Wii’.

Then there were the graphics. It was impossible to come across a gaming forum in the months leading up to the Wii’s release without seeing the ‘two gamecubes stuck together’ joke made. Truth is, graphically, the Wii is closer to 1.5 gamecubes. But the hardcore managed to look past silly names and graphical capabilities because the Wiimote was set to change the very way we played games.

I almost feel sorry for them. It doesn’t help that when Nintendo finally got around to tuning the Wiimote to how it should have been at launch, they charged us $50 for it. What we were promised: “John Romero is about to make you his bitch (suck it down)”

What was delivered: “John Romero is about to lose his Ferrari (and all his credibility)”

We all knew this was coming. Daikatana is the textbook example of a disappointing game. Developed by Romero, one of the Wizards of iD, responsible for classics such as Doom and Quake, Daikatana would have been impossible not to hype.

Unfortunately for Romero, his fans, the gaming industry and humanity as a whole, Daikatana was released after numerous delays and was absolutely, positively, complete rubbish. Terrible game play, worse AI and game-breaking bugs were just the beginning of this tragedy in gaming. What we were promised: Being able to experience the magic of Spielberg’s touching story of alien friendship on your very own Atari 2600!

What was delivered: The almost death of video games. Forever.

Many of us younger generation gamers don’t remember E.T, its 1982 release date was well before our time. What we do know, however, is its long term implications. E.T is often cited as the direct influence of the Video Game crash of 1983. It was the ‘straw that broke the camel’s back’ so to speak, the latest in a line of shockingly low quality games at a high price that caused the market to self-destruct. You know your game is a disappointment when you have to bury thousands of unsold copies in the New Mexico desert.

What we were promised: A diablo-style dungeon crawler through the futuristic, demon infested subways of London. With MMO-like features!

What was delivered: A rushed bug-fest with bad servers and an even worse gameplay. With MMO-like features!

Hellgate: London was developed by Flagship studios, which immediately showed promise as Flagship was founded by defectors of Blizzard’s hugely successful Diablo franchise. Overhyped, over exaggerated CGI trailers had players wielding a combination of swords and guns, with several unique, distinct character classes in a familiar quest of glory and loot.

Hellgate: London, which was rushed to meet an October deadline, was instead released with more bugs than an anthill. Several classes were completely unplayable, which would have been more devastating if there wasn’t so little variation between them.

Servers suffered tremendous issues which led to people losing levels, items, and sometimes complete characters. I’m told that many of these issues were eventually fixed, but it was a case of too little, too late. I pity those poor, poor souls that shelled out for a lifetime subscription. What we were promised: Duke Nukem Forever.

What was delivered: A shambling zombie.

For the longest time, DNF was vapourware – software that seemed to be infinitely stuck in development. While we all secretly hoped that 3D realms was spending all this time to make DNF the most ball-bustingly ass-kickingest game of all time, we all knew deep down that as the years went by, DNF seeing the light of day became less and less likely. But miracles can happen!

After all, Team Fortress 2 was released after being in development for seven years. Lo and behold, a light shone at the end of the tunnel, in the form of a quick and dirty teaser trailer released near the end of 2007, reminding us to ‘Always bet on Duke’. Unfortunately, all bets were off when 3D realms downzied in 2009, firing most of the DNF team and putting the project on ‘indefinite hold’.

It looked like the end for the king until Gearbox software stepped in in 2010, buying the rights to DNF from the collapsing 3D realms. The game was finally released in 2011, after a fifteen year development cycle. If Duke Nukem Forever was the greatest game ever released in the history of gaming, it would not have lived up to the hype surrounding it’s decades long development cycle.

Unfortunately, it was far from ‘the best game ever released’, beset by an outdated engine, horrible game play, and a painful reminder that it wasn’t the 90’s any more.

Liked this article? Check out more from Steve B with his Natural Selection 2 impressions! We’ve also covered Duke Nukem Forever back when it first came out, read up on the history of Duke. 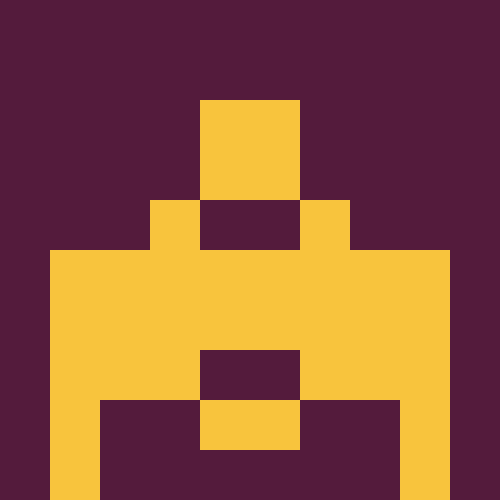