What We’ve Been Playing 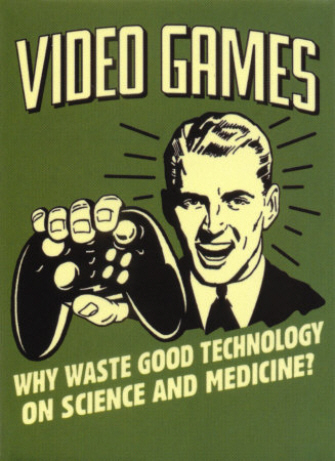 It has been a hectic week here at Non-Fiction Gaming with content as well as readership steadily increasing. We all hope you’ve been having as much fun reading our rants, informative news and reviews as we have had writing them.

But in between been beaten and whipped by our Editor-in-Chief to churn out the articles we do actually squeeze in some time to play some video games. And what better way to share than by collating all our activities into the one weekly article! It should give us time to let our bruises heal anyway.

This week I have been getting distracted by too many games. Still plugging through Mass Effect 2 before attempting 3 on Xbox 360. Steam is a harsh fiend, I succumbed to sales and started playing L.A Noire: The Complete Edition.

Blueonblue has got me into this Draw Something on Android, I have the free version so I keep seeing the same words come up and have to think of new ways to draw them to keep it fresh. When I can, I’m still trying to level my Sith Inquisitor in Star Wars: The Old Republic, striking lightning into the hearts of my enemies.

I’m overburdened this week, trying to finish all my schoolwork while still finding time to unwind and play some video games. I make it harder on myself with the amount of games I’m playing. On the PS3, I burned through Silent Hill: Downpour last week, (review will be up soon, promise) so this week I decided to pick up the HD collection, and run through Silent Hill 2 and 3 again.

On the PC side of things, I’ve been playing a lot of Ys: The Oath in Felghana, recently released on Steam. Hey, maybe I’ll review that one, too. Idea! I’ve also been playing through the first Mass Effect again, this time as a renegade female Biotic Shepard, instead of my previous paragon male soldier Shepard.

To round that off, I’ve recently started trying to get into Minecraft, (not really my thing, but I suppose I see the appeal), and am spending a few hours here and there playing Star Wars: The Old Republic, just trying to finish Chapter 1 of my Jedi Guardian’s story. The chapters are soooo long! And in between all of this, when I’m waiting for my dinner to cook or a commercial break to end on TV, I’ve been playing Plants vs. Zombies on the Vita. That’s been my week. And yes, I do get schoolwork done addition to all those games, thank you for asking.

Been playing the ports of Final Fantasy 7 & 8 on my PSP, Been playing a lot of Heroes of Newerth; I’m a sucker for new heroes. Been working through the JRPG Radiant Historia on my DS, and the HD remakes of Metal Gear Solid 2 and Peace Walker on Xbox360.

I’ve had a Force filled Star Wars themed gaming week so far I also got a free seven day trial to play Star Wars: The Old Republic from being a loyal member of the website and I’ve been blasting (and smooth talking) my way through the Smugglers story line.

And when time allowed I have been playing the original Star Wars: Knights of the Old Republic as the force heavy Jedi Consular, taking the path of the light side. Last, and certainly not least, I’m nearing the end of the grueling trials that Resident Evil 5 and its terrifying line up of biologically enhanced monsters have put me through.

This week I’ve been playing through Orcs Must Die on Steam (stay tuned for a review next week). It’s no Dungeon Defenders but still a fun twist on the usual tower defense games.

Still chronically addicted to Sea Stars on Android. It is getting embarrassing the amount of time I’ve played this. Fair warning, do not even start this game, it’s not cool telling people you have purchased all the characters from Sea Stars (in coins might I add). And lastly trying to finish off the fourth Professor Layton on the NDS. As a lover of the series finding it disappointingly slow to get through but alas I push on.

We’ve told you what we’ve been playing, feel free to comment below and let us know what you have!