ManBeast and the Game: The Sequel

Alright, the end of the week; it’s time for a bit of a rant. Looking at my wall of games and seeing that I have quite a few in the same series I started thinking about what games do (be it adding new mechanics, changing characters, whatever) that makes the sequel into something either truly awesome, an improvement upon something already brilliant, or something that makes you just cringe and wonder why you spent money on that… that…THING.

Keep in mind while there are heaps that fall onto either end of the fail-scale (Patent pending), I’m only going to be focusing on the bigger well known ones, just to make it clearer.

All aboard the Failboat: Saint’s Row 3, Assassin’s Creed: Brotherhood.

This is the big one, and arguably, the most important aspect of a game, let alone the series as a whole but sadly, it’s the one that most games seem to fail at. It’s not that hard a recipe; you don’t even need to keep the same characters if you feel like you want a new protagonist.

Bioshock2 showed us this; Subject Delta is a completely different person from the first installment of the franchise, BUT, it works out well because they obeyed the “Golden Rule”; a sequel needs to advance the plot enough that it feels like a new game complete with new plot and progress but without feeling like a rehash of the prior game.

This is where AC: Brotherhood missed the mark sadly. AC2 was a brilliant follow-up to the first game, but Brotherhood seemed to lack a lot of what AC2 captured and was in all honestly, an absolute struggle to get through.

Saint’s Row 3 had this problem as well. It tried much too hard to outdo the second game, and ended up seeming childish and downright stupid at points, not to mention several cringe-worthy parts that were just awkward.

Games that got it right: Prince of Persia (The Prince; Sands of Time through to The Two Thrones) Mass Effect series (Commander Sheppard), Dead Space 1/2 (Isaac Clarke)

This is where I accept that “haters gonna hate”, and to those flamers, I say: “Bring it on”. The single most important thing developers have to do with characters is make them likable; in that we actually have to care about what they do, or what happens to them.

This is where I’m sad to say that Arkham City just didn’t do it for me. Even when Batman is on death’s door, being poisoned, beaten, drugged and so on, I still didn’t feel any real cause for concern, because he’s “the goddamn Batman”.

Both of the games seem to be stressing the fact that you are THE Batman, and ergo pretty much the textbook definition of awesome, so you won’t lose; don’t worry about that, just keep pushing X to mash faces in.

What’s more is, they can’t play on the whole “impending tragedy” to befall him as he already lost his parents years ago. Anything else that happens just seems trite and cliched.

Now compare that to someone like Sheppard from Mass Effect. He goes from being some decent run of the mill guy, not a bad hand with a gun to then being the absolute saviour of the known galaxy and a pillar of everything good, even if you went full renegade just to be a prick and get rewarded for it.

Enter the second game, and hang on, you’re now working for an organization that’s frowned upon, and you’re pretty much the bad guy? Without going into all the other characters, and crazy interactions and developments that happen with them (Bioware, if you read this, keep doing what you do <3), in short it’s called progress.

Things happen to you, they actually matter, and impact upon the game as a whole, and thus, you care more. This is a good thing.

Similar to the Prince (Prince of Persia 1-3), he starts out as a cocky…arseclown, for lack of a more fitting word, and has everything go wrong for him; father gets turned to sand and he’s forced to slay him.

His love interest bites it (spoilers?), and even though he saves her by rewinding time, the very act of doing that means he can’t have her. So it’s no wonder why in the second instalment, he’s a bit moody and depressed. Lost his woman and to top it all off, there’s now a faceless wraith beasty coming to essentially purge him from time. That’s one hell of a contingency plan.

Then we have the third game, in which we experience the classic (but classic because it works) battle against one’s darker self. That’s like a Triforce of development in games; while you may not like him at one stage or another, you still played them because they were interesting and compelling.

Even if your reasoning was “How will the Beasty face-rape me this time?”.

Ok, we’re looking at game-play mechanics and elements here, not story or anything else, not even the game as a whole. I’ve got my big favorite here, and that would be Metal Gear Solid 3.

It takes all the awesome tactical espionage game-play from the first two, and throws in an extremely fun camouflage system as well as a unique healing and stamina system. Better yet, that same stamina system extends to the bosses in the game, adding in some different and slightly unconventional tactics and strategies.

Some others that really worked, and are awesome games to boot, are Metroid Prime 2 & 3. The former incorporated an interesting light and dark beam mechanics to the game, forcing you to switch up your “element”; not necessarily a new idea but a traditional one, whereas Metroid Prime 3 featured interesting combat and plot mechanics via the whole Phazon corruption business.

Makes for good gaming when even the old cheesy stereotypes of gaming just plain work well. Sad to say, not all games do it as well.

The much newer Metroid game, Other M, tried to recapture some of the old glory days of the 2D metroid games, but did it in such a bizarre manner. Having a 3D game, but from a fixed camera perspective on every room?

Then there’s the missile weapon, a staple of Metroid games. When you try to use it, you have to be stationary, and  the game switches to a visor 1st person view…why not just do the game like that from the start, like Metroid Prime did?

Instead you have to stop, deal with a camera swap, and hope you don’t get owned while you are sitting there not moving. Naturally, this means dodging is out of the question. Which is enough of a hassle when you’re trying to fight a boss in a 3d environment from strictly one angle.

It’s just a huge step backward, especially when the remakes of the Prime trilogy on the Wii, already showed that there is some pretty awesome shit you can do with such a precise aiming device. It’s not alone though, in breaking away from tried and true methods.

FF12 is a guilty party here, doing away with the random turn based battles in favor of a real time combat, with no difference between fighting and exploration which makes for some annoying moments when monsters just decided to start spawning onto you, or aggro-ing from across half the entire zone; this can lead to some horrific “oh crap!” moments, especially with the later game enemies and elite hunting marks.

But the fun doesn’t stop there kids! They also have a odd ability plate that you learn techniques and proficiencies off. Alright, not too different from the sphere grid, except that there’s no unique element to it.

By the end of the game, it boils down to figuring out the best combination of armour and weapons, setting up the ineffective AI priority system to “heal character X”, who sword and board tanks it, while your other two either heal and bash away.

No tactics involved, just a simple calculation on your behalf, and whilst math may trouble some of us, it essentially gets to the point where you don’t have to consider what the enemy is or does, you can just charge in and pound until dead.

This is not role playing. This is not Final Fantasy. Argh, now I’m all pissed off. If something works, don’t try and “fix” it.

I know you have to have new and exciting systems for everything, but don’t butcher them just for the sake of something new and shiny. It’s just plain offensive to everyone playing.

For more frustration coupled with death and possibly metal, check out more Manbeast and the Game: DarkSouls . 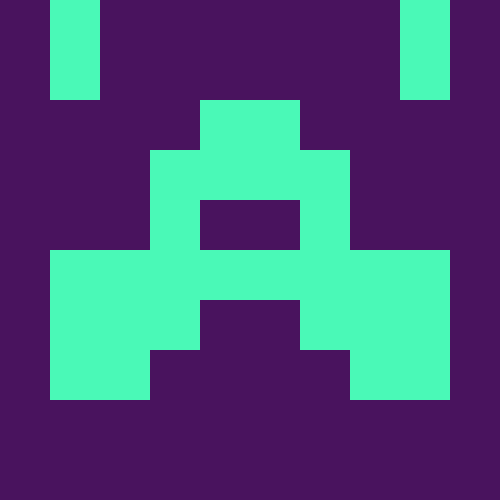