Looking to play Red Hand of Doom in 5e? It’s a fun module, and 5e is a fun system to run it in.

For myself, I’ve been running Red Hand of Doom in 5th edition for level 8 players. Swapping out the Hobgoblins for Orcs to fit in with a PCs history. You can watch us play on the Non-Fiction Gaming YouTube channel.

What is Red Hand of Doom?

Red Hand of Doom is a 128-page adventure module for the 3.5 version of Dungeons & Dragons (D&D. It is designed as a generic D&D adventure that can be dropped into any campaign world, including a personal one.

The plot of Red Hand of Doom follows a group of adventurers who have entered the Elsir Vale, a thinly populated frontier region. The party discovers a massive hobgoblin horde that is fanatically devoted to the dark goddess Tiamat and led by the charismatic half-dragon warlord Azarr Kul.

To stop the horde, players must muster the inhabitants of the Vale, battle hobgoblins, giants and dragons, and defeat an overwhelming enemy.

A Conversion Guide under Construction

If you’ve run Red Hand of Doom (abbreviated as RHOD from here on in for sanity’s sake) and have some good advice for DMs, we’d love you to share it.

Down the in the comments below, please share content, resources, maps, tips, etc. for running RHOD in any edition.

Stuff that looks good will then get edited back into this original document.

Many of the monsters that make up the bulk of the Red Hand’s army already have official 5e counterparts. Which should be easy enough to plug into your game using many of the DM tools available.

In particular, the hobgoblin is a great stand-in for the hobgoblin regular or hobgoblin veteran. If you’re looking for more variations of Hobgoblins and Bugbears, consider getting the Ultimate Bestiary: Revenge of the Horde 5th Edition from DriveThruRPG. It offers monsters such as: Hobgoblin Legate, Pikeman, Arbalester, and more.

Once again, most of the monsters used in the RHOD adventure have readily available 5e stats. Monsters like chimeras, manticores, hill giants, and ettins can be ported directly from the Monster Manual.

The barghests in Volo’s Guide do differ from the 3.5 version, however. Once you get to the Fane of Tiamat, you’ll also have to deal with abishai. While these are listed in MToF, consider which CR level version you’ll be throwing at your party. 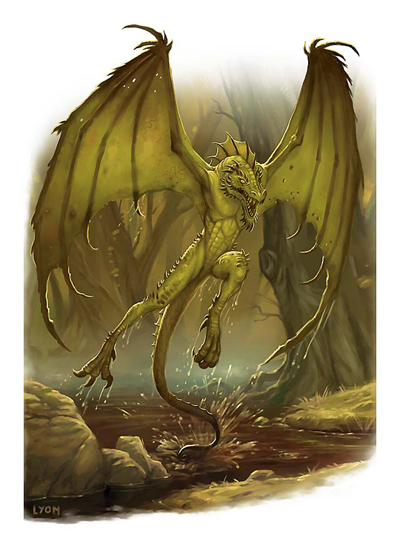 Notable Equipment. Azzar Kul wields a magic scimitar set with a ruby of the war mage and bears a sentinel shield. He carries a potion of flying, a potion of invulnerability, and a potion of invisibility. Among his prized possessions are a crystal ball of telepathy and a set of Nozlur’s marvellous pigments. The crystal ball was a gift from Tiamat and is bound to his life force, if Azarr Kul is killed it shatters as if he had cast the spell using a 5th-level spell slot. He has a sending stone paired to the one carried by Hravek Kharn.

Personal Treasure. Azarr Kul wears platinum tailbands, bracers, greaves, and a girdle with silk loincloth. Each piece is engraved with a duelling dragon motif and set with sapphires; as a set they are worth 2,500 gp. He carries a statuette of himself carved from gold and decorated with sapphires worth 2,500 gp and a ruby worth 5,000 gp which are used as the focus for his contingency and forcecage spells.

Legendary Resistance (3/Day). If Azarr Kul fails a saving throw, he can choose to succeed instead.

Spellcasting. Azarr Kul is an 18th-level spellcaster. His spellcasting ability is Intelligence (spell save DC 17, +9 to hit with spell attacks). Azarr Kul can cast shield and suggestion at-will and has the following wizard spells prepared:

Actions
Multiattack. Azarr Kul makes two scimitar attacks.
Scimitar. Melee Weapon Attack: +12 to hit, reach 5 ft., one target. Hit: 13 (2d6 + 6) slashing damage.
Lightning Breath (Recharge 5–6). Azarr Kul exhales lightning in a 90-foot line that is 5 feet wide. Each creature in that line must make a DC 19 Dexterity saving throw, taking 66 (12d10) lightning damage on a failed save, or half as much damage on a successful one.

Cantrip. Azarr Kul casts a cantrip.
Thunder Step (Costs 2 Actions).Azarr Kul casts thunder step without expending a spell slot. He requires no components to cast the spell in this way.

Part I: The Witchwood

Daniel Ryanhttps://www.nonfictiongaming.com/author/nfgdan/
Daniel 'Sheriff Dan' Ryan is a long time Dungeon Master who has worked in Esports, Marketing, and writes about Gaming when the sun goes down.
RELATED ARTICLES
Dungeons & Dragons