The 2021 Game Awards winners have been announced

With another year come and gone, the Game Awards have come too. A year of struggles where gaming has brought us ever closer. Who took out the crown, and which games were the best in their categories?

Game of the Year

In bucking the trend of previous years, It Takes Two takes out the top title of Game of the Year, despite Deathloop winning the award for the best game direction. A well deserved win for the gorgeous co-op story, easily one of the best titles in recent memory.

Deathloop took out two major titles this year, with Best Art Direction and Best Game Direction. The only argument one could make here is that It Takes Two by being the Game of the Year, it likely should’ve have the best Art and Game direction too. Yet Deathloop shows why it was such a critically acclaimed title with just an immaculate game design.

In a late entry title for the year, Marvel’s Guardians of the Galaxy takes it home for Best Narrative. Easily one of the better comic book influenced titles, the narrative in GOTG was incredibly deep and fleshed out the exciting universe present even further.

There is no real argument to be had here. Whilst we had a year of great art direction and game design, there was few who were as fleshed out as Deathloop. Having been nominated in six categories, there was no way Deathloop wasn’t going to take this one home.

Nier Replicant was a gorgeous RPG with a timeless soundtrack. A very competitive field to compete against, Nier really shined above the rest of the field and took it home. If you haven’t, the OST for Nier Replicant is a must listen.

Forza Horizon 5 is with a doubt one of the best racing games in recent memory. The roar of the engine, the sound of the tyres on the road and just the overall immersion you get whilst listening to the game sounds is un-paralleled

Lady Dimitrescu made the world swoon when she made her emergence, and the voice behind her, Maggie Robertson did nothing but show us all how to bring a character truly to life. A well deserved win.

Life is Strange is a series that has wowed and won the world over. True Colors is a lovely addition to the series that really brought to light many issues and emotions.

Final Fantasy XIV Online is currently the best MMORPG available to day. With a ever growing world, a loving hand guiding it; as well as development team that has true passion. If you’re looking for a game that is going to keep on giving, this is the one to play.

This is always one of my favourite categories, because there is some real gems that come out of it. A wide variety of nominees this year, Kena: Bridge of Spirits stood tall above the pack. This could’ve gone any which way, and all the games are ones that should be on your wishlist.

For the best debut game created by a new independent studio.

Genshin Impact is still going strong a year on from its release, with regular updates and events. Despite fans often complaining that they can’t get their specific cute characters, there is a deep love for this game and it shows here. A tough field, but one deserving of its pedigree.

Resident Evil 4’s VR adaption was one that people weren’t expecting to be anywhere near as good as it was. Perfectly redesigned for VR gameplay, it was a perfect way to return to the game that many consider the Magnum Opus of the Resident Evil series.

Recognizing software and/or hardware that is pushing the medium forward by adding
features, technology and content to help games be played and enjoyed by an even wider audience.

For the best game in the action genre focused primarily on combat.

Was there ever any doubt about Metroid Dread taking out the Best Action/Adventure Game award? A fantastic return to a beloved series, one that has seen many new fans enjoy the world of Samus Aran, as well as revival of the side-scrolling Metroid universe that spawned an entire genre of games.

Tales of Arise was one of the best games of 2021. A perfect return to the Tales series that revamped some of the old RPG tropes, and added something new and special to the series. A must play for any RPG fan, as well as any person who finds themselves wanting an immaculate story driven world with strong combat mechanics.3

For the best game designed primarily around head-to-head combat.

A surprisingly difficult category to pick any one winner. All the games that were nominated for Best Family Game were great fun for children and adults alike, and really reinvigorated the idea of co-op couch play.

A return to the Age of Empires series has seen a love return as well. AoE IV is proving to be a huge improvement and overhaul from the previous title, and is seeing a lot of Age of Empires II fans returning to the series and finding new love for it.

For outstanding online multiplayer gameplay and design, including co-op and massively multiplayer experiences, irrespective of game genre or platform.

This may be the most contentious category overall, due to some earlier dramas related to the winner. Dream has been putting out fantastic gaming content and deserved the recognition he has received, regardless of personal opinion.

The esports athlete judged to be the most outstanding for performance and conduct in 2021, irrespective of game.

The esports coach judged to be the most outstanding for performance and conduct in 2021.

Recognizing an event (across single or multiple days) that delivered a
best-of-class experience for participants and the broadcast audience.

With League of Legends growing in popularity each and every year, is it any surprise that the game with the most hotly contested professional league would take out this award? We think not.

Recognizing a specific esports team (not the full organization) judged the most outstanding for performance and conduct in 2021.

Was there ever any doubt about the winner here? Elden Ring has been in the forefront of everyone’s minds for years now. With the release date looming ever closer, Elden Ring is set up to take the world by storm in just a couple months, winning back to back Most Anticipated Game awards.

With that, the Game Awards 2021 winners have all been announced. Did your favourites win? Angry or upset about a result? Let us know in the comments. Keep an eye out for news regarding the games revealed at Game Awards, as well as some speculative pieces about a potential Silent Hill tease. 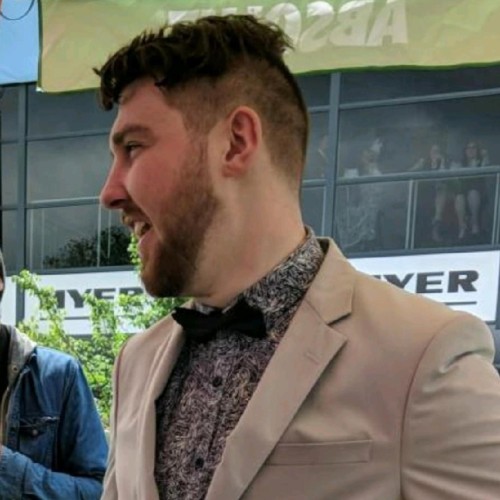