Highlights of the New ‘Madman Anime Festival’ in Melbourne

I wanted to make an early start and catch the 10:00 AM screening of my childhood waifu, Serena, aka Sailor Moon. Making my way into the city I began to peruse my itinerary for the weekend as Madman had made the schedule of events available online, beforehand.

Upon entering the convention centre I was immediately faced with a super sized line snaking its way around the foyer of the Exhibition Center. Unperturbed I made my way to the ticket box to request my media pass as instructed by the event management team at madman the week prior.

Unfortunately, and much to my chagrin, there was a severe lack of communication between the different Madman Anime Festival departments and convention centre staff. I was redirected to 2 different areas before finally lining up for 20 minutes only to be shuffled off once more to another line where I would eventually pick up my pass.

Now that I had my entry ticket and it wasn’t so dangerous to go alone, I made my way into the thrall of otaku, weaboos and connoisseurs alike.

Inside the Expo Hall

It was approximately 10:30 AM and the expo hall was bustling wall to wall.

The floor layout left something to be desired as there was an obnoxious emphasis on floor presence and number of stalls, and I say this fully aware that the retail experience of a convention is a necessary evil.

However, before you can make your way to the One Punch Man adventure, the HTC Vive demo or the stage, you need to navigate through dozens of stalls selling the typical combination of overpriced plushies, figurines, pillows, anime and video games.

I assessed the situation from the entrance and made a quick lap of the hall to get my bearings. The quick reference guide came in handy here along with the timetable of presentations.

The back of the expo hall provided a reprieve from the shoulder to shoulder bustle that was the centralised to ‘business’ district of the hall. There was a stage and seating for people to take a load off and watch some anime that would either side of the stage, interrupted occasionally by acts on the stage itself.

On the west side of the hall there was a lovely collection of exhibits.

The first was a live demo of the HTC vive, which I unfortunately didn’t get around to playing with due to an enormous line and my previous experience with other VR devices sating my curiosities.

The second was a One Punch Man dedicated area, where in order to receive a bad-ass free poster, you’re tasked with 4 exercises. The first was a test of strength: punch a speed bag in an attempt to please senpai!

The second, a test of wits: answer a multiple choice quiz to prove your knowledge of show. Thirdly, a test of vanity: pose for a picture holding one of two Saitama inspired quotes. Take your punch card to the end of the area and cash it in for your poster and bragging rights.

The third exhibit was a game play area offering 4 brand new, yet to be released titles. At this point I fangirled quite hard. On display was the new Dragonball Xenovere, Sword Art Online, Tekken X Streeties and my personal favourite, Final Fantasy XV.

I managed to spend some time with each title with minimal waiting time (the exception being FF XV). Other attendees were very considerate with their time on the numerous machines and were happy to engage in conversation while you waited.

Considering that two of the four games allowed for two-player action, allowing everyone a chance to play was relatively stress free.

FF XV however had the most dedicated consoles of the four titles and attendees were allocated approximately 15-20 minutes of play time and then politely asked to bring their game time to a close to move off so that the next batch of eager gamers could get their hands on some gorgeous hack and slash action.

I would write a review on my hands on time with FFXV if I had the space, suffice it to say that if you’re eagerly awaiting November 29th, you’ll be right to set your expectations ceiling-high.

On the East side of the hall we had tables reserved for people to battle it out over a game of Luck & Logic and while I appreciated this nod to the table top scene, I would’ve preferred the presence of some other card games as well.

Dragon Ball Z, Pokemon and Magic: The Gathering are all fan favourites and I feel that leaving variety out was a little alienating, if nothing else, a free-play area would have sufficed.

The next stop was the mandatory Maid Café – Admittedly, I am a sucker for Maid Café’s, I however lacked the foresight to actually make a reservation so I missed out on my chance to sing karaoke and enjoy my iced tea and pancakes due to the little tent being booked out.

For those of you who aren’t aware, a Maid Café is a café that serves beverages and food, yet also provides entertainment by way of musical acts and personal interaction with your table’s maid (yes, each and every one of the girls on staff are dressed like adorable maids). You’ll have to work for your supper and engage in fun little games with the girls who host your table.

Maid Café’s differ from place to place and very much so between Japan and Australia. You won’t miss too many differences however if you manage to catch one the next time an anime festival rolls around as the Japanese café’s while more ‘authentic’ also benefit greatly if you can actually speak some basic Japanese.

The final area on this side of the hall was the independent collection of super-talented and awesome artists and creative types, peddling their wares in all shapes and sizes.

You’ll find this area in some form at any convention you visit and I highly recommend that you spend some quality time mingling with the people here – these people are generally huge fans of the conventions themselves and unlike the typical patrons, they’ve decided to invest their convention time showing off their works and believe me, these people are incredibly talented.

I always leave a convention with some prints or trinkets from these guys and this year I snagged a gorgeous poster of Sailor Mars and a couple of box foxes.

Inside the Convention Centre

The plenary was lively over both days from morning to evening – here you could see live interviews with anime gurus straight from Japan, watch the cosplay talent show, see how scripts are translated and even see live drawings to name a few of the events available.

I managed to catch the Sword Art Online interview and the cosplay competition. The interview was surprisingly very well orchestrated. There were two very capable translators on the panel along side three of the masterminds behind the series.

The line of questions was very solid, coherent and tackled many different and interesting questions. The panellists spoke about character design, inspiration and the work involved in animating them. This lead into the battle scenes, the interpolation of CG and how pressures arise from numerous sources such as time frames, budget and skill limitations.

There was a lot of information to be gained if you’re interested in the inner workings of how anime ends up on screen or if you have an interest in pursuing a career in the industry. If however you were solely in it to catch some glimpses of unreleased scenes of Easter eggs then you may leave feeling a little disappointed. They did speak about the upcoming season but no juicy tid-bits that you could hang over your friend’s heads were revealed.

However this competition was a talent show and there were only four participants. These four (technically five as one was a duo performance) cosplayers were incredible! There was a mix of dancing, singing, a brilliant monologue taken from Code Geass and original creations too.

The Room it took place in was at maximum capacity and I alongside the crowd loved every minute of it. Three of the four acts placed first, second and third with first pace moving on to compete against the other Australian states finalists in an upcoming convention.

Splitting the exhibition hall and convention centre is the beautifully maintained grassy area outside which was home for cosplay photo shoots from morning until the sun died down. There was an enormous cosplay turnout and the variety was staggering.

The sheer number of cosplayers was only trumped by the quality that they brought this year. It was an absolute sight to behold. I firmly believe that cosplayers are some of the nicest people you’ll ever come across, they pour their hearts and souls into their costumes and character and will happily take on a number of poses throughout the weekend for fans to eagerly snap shots over and over again.

This was Madman’s first anime convention in Melbourne and it’s a welcome one indeed.

In past years we’ve had Manifest and other conventions that have tried to cater to anime fans in part but since Manifest disappeared some years ago, Melbourne’s lacked a dedicated animated festival. Madman brought the goods this year with a great variety of things to do and see.

There was a great balance of retail, independent creatives, guest stars from popular anime of today and classics from the past. The volunteers are of course the unsung heroes of the weekend and did a fantastic job herding fans and offering assistance with a smile.

My only real gripe was the lack of communications between Exhibition staff and the volunteers and organisers of the festival, however my worries were soon alleviated once I was in the thick of things.

If you’re an anime fan, you love to cosplay or you just need an outlet to vent your nerdiness then next year do yourself a favour and get down to the Madman Anime Festival. I hope that the event organisers listen to the feedback from this year and capitalise on it next year – they’ve made a great first impression and if they can move from strength to strength, Melbourne will have one more weekend in the year to boast proudly about. 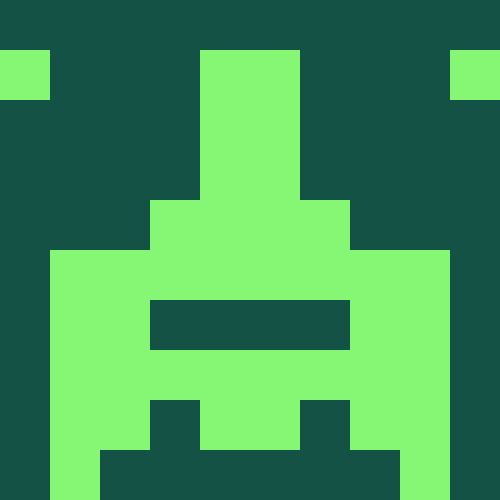