PlayStation Plus in December: Gauntlet, Kings Quest, SSX and More

Sony have announced their December line-up for PlayStation Plus.

Gauntlet: Slayer Edition is for those who want to relive the classic arcade nostalgia (best served with friends). Wizard needs food badly.

While there aren’t any massive AAA games in the list this month, SSX and Far Cry 3 Blood Dragon were well received on the PS3.

Below is from the official announcement on the PlayStation Blog:

New on PlayStation Plus in December

Winter is coming (or Summer for us Aussies)…. and so is next month’s batch of PlayStation Plus games. Are you ready to delve into epic battles against the forces of darkness, or maybe you’d rather play it a little safer with a light-hearted adventure? Well, you’re in luck because we have both bases covered – with PlayStation Plus, you can fight over dragons and kings this holiday season, rather than who gave the worst gifts…

Here’s the full list of great titles that await you on 1st December:

Fanboys/girls you can feel extra special this month as you are getting your hands on a PS4 exclusive! Know any wannabee/legit Warriors, Valkyries, Wizards, or Elves? Well then, assemble your team and prepare to invade the darkness with Gauntlet: Slayer Edition! Fight with your friends through the monstrous hordes lurking in a myriad of unique dungeons as you scour them for gold. What’s more, we are also giving away a free Gauntlet Slayer Edition PlayStation Plus theme on 1st December too!

PS: Hack-and-slash or take a more strategic approach, but for the love of Gauntlet, don’t shoot the food or you may be in for a tough time with your team mates! I mean, who isn’t cranky when they’re hungry, especially when your health bar depends on it?!

It’s going to be a night to remember when King’s Quest – Chapter 1: A Knight to Remember (yes, I am aware of how lame that was) drops next month! Brace yourself for a fun filled fantasy adventure with enchanting characters and a beautiful art style in this reimagining of the classic adventure series.

One word: FOMO. If you haven’t downloaded November’s games, don’t say I didn’t warn you – you’ve got until 30th November to grab these awesome titles:

Want to keep up to date on all things PlayStation Plus? Then be sure to opt in to our regular newsletters. 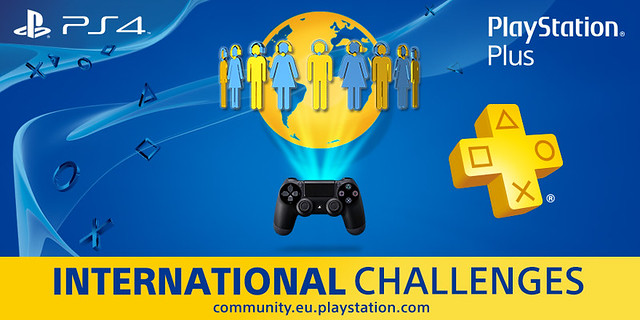 Create an account now to take part in next month’s challenges for the potential to win exclusive prizes/giveaways.

Shop now for exclusive PlayStation Plus deals at PlayStation Store with hassle free, instant downloads, direct to your console.

Daniel Ryanhttps://www.nonfictiongaming.com/author/nfgdan/
Daniel 'Sheriff Dan' Ryan is a long time Dungeon Master who has worked in Esports, Marketing, and writes about Gaming when the sun goes down.
RELATED ARTICLES
Microsoft Xbox