Yeah yeah yeah, I may have been on an extended break, after writing… 3 articles… However, I know you have all missed me and the StarCraft II competitive scene. I expected nothing less.

Boy, has it been a good few months for StarCraft II. The Global StarCraft II League (GSL) has played through the entire of season 3, with Protoss (P) player LG-IM_Seed taking the trophy back in early August, and the new season has started with even more bad-ass names added to the lineup.

One of the biggest hits for this season will be 8thTEAM_JD (JaeDong), gaining a seed from his recent World Championship Series (WCS) performance. JaeDong is a new player to the StarCraft II scene; however he is coming from a world of StarCraft: Brood War, where he was considered the best Zerg (Z) player in the world with win percentages to prove it. As the eSports world of StarCraft: Brood War has almost completely deceased, we will begin to see a lot of new pro-players join the StarCraft II community, bringing in new strategies and skill levels that will definitely shake things up.

There have been some issues recently, with KesPa (Korean e-Sports Association) refusing to let their players to join the coming GSL. KesPa is an organization that was created to manage the various e-Sports tournaments and their players.

There were several different leagues that players could be involved in, two of the biggest being the OnGameNet Starleague (OSL) and the GSL. However, when the GSL moved on to StarCraft II, they largely separated with KesPa in order to allow for a bigger player base. To play in KesPa based events, you needed to be approved by KesPa management and have an issued license.

Now as time has progressed, the fanbase for Brood War has diminished, as they have moved to StarCraft II as the new and more exciting game. Brood War tournaments, therefore, have also diminished in quantity and size forcing players to switch to StarCraft II.

Now as the GSL was starting a new season, they wanted to invite some of the new players that had large fan bases in Brood War, however KesPa declined stating that WCS required their full attention. The eSports Federation (ESF) which contained the new teams and is the ‘new’ KesPa for StarCraft II, did not take kindly to this.

The creator of the universe and player representative for the ESF, LG-IM_Nestea wrote a letter stating that without KesPa’s players, the eSport community in Korea will surely decline and to prevent such a thing from happening all ESF players will no longer play in KesPa’s OSL, until such time as KesPa decides to allow their players to join the GSL.

Later the same day, KesPa releases a statement agreeing to participate in GSL Season 5 (the GSL season after the one that was due to commence), however ESF did not budge, reinforcing their point that until KesPa players are playing within the GSL, ESF will continue to boycott the OSL.

Two days later, KesPa gives in, allowing its players to join into the GSL for the coming Season 4, and the ESF allowed it’s players to play the OSL. This entire KesPa incident only took four days (23rd – 27th August)  from start to finish and left a lot of people scratching their heads as to what just occurred.

Big deal you say? I’m confused? Yeah, I was confused as well however the bottom line is that we now have the colossal players from Brood War joining our midst.

Most players are still training with StarCraft II, learning the new mechanics. However 8th TEAM_JD (Zerg) and STtelecom_Rain (Protoss) have now gained their seed to the Code S, and will show us brand new strategies and new timings that have distinct Brood War feels to them.

The World Championship Series (WCS) is going to be the super-tournament of the year, hosted by Blizzard. From each of the five regions of the world (North America, Asia, Europe, South America and Oceania) there will be qualifiers, leading into country-based finalists.

Each country will have one player that will advance to the WCS finals in Shanghai later this year, where a true global champion will be named.Australia has two players competing, PiG (Zerg) won the Australia title, whilst m00nGLaDe (Zerg) won the Oceania title.

GSTL Season 2 has also finished, with team FXOpen taking the Season 2 title with an all-kill by FXO_Gumiho, beating MMA, Min, CoCa, Ryung and Puzzle in a best of 9 against team SlayerS, they are in great shape for the new season.

GSL Season 3 finished in early August, with LG-IM_Seed (aka Seed) taking down SKMC 4-1 in a best of 7. This was completely shocking result, with the winner prediction on GOMTV.net (voted by the public) giving SKMC (aka MC) a 78.8% chance at winning.

Coupled with SKMC’s recent winning streak at foreign events, along with a dab of trash talk, SKMC underestimated his opponent, with the IncredibleMiracle player using the metagame against MC. Seed studied MC’s game style, and abusing MC’s love of late game Protoss vs Protoss (PvP) against him, rushing for most of the games with four gate variants. PvP is widely regarded as one of the worst match-ups in StarCraft II, with a distinct “rock, paper, scissors” feel to it.

This lack of depth in the match-up was highlighted best in the last game, where Seed’s colossus dominated the clumped up units of MC, and due to this, MC went from an army to nothing in less than ten seconds. Congratulations to Seed though, keeping his wits against MC and proving that he is the better player, giving IncredibleMiracle another GSL title.

StarCraft II: Heart of the Swarm

Heart of the Swarm, the second game in the trinity of StarCraft II, has recently started its progress in beta, with keys being randomly sent out to those who have opted in for the chance to play. A lot of those invited were of importance to the community, high level players as well as commentators, getting first crack at the game before more keys are sent out to the general public.

Nothing in this game is final, as Blizzard will not release this game until the game is balanced to an acceptable level. Units that are currently in the game may not be there when the game is released, and entirely new units may appear in order to get the greatest balance possible.

Inner also wants to help you get out of Bronze League, check out his StarCraft II tips here. For more news in eSports, read about the Electronic Sports League expanding to Europe. 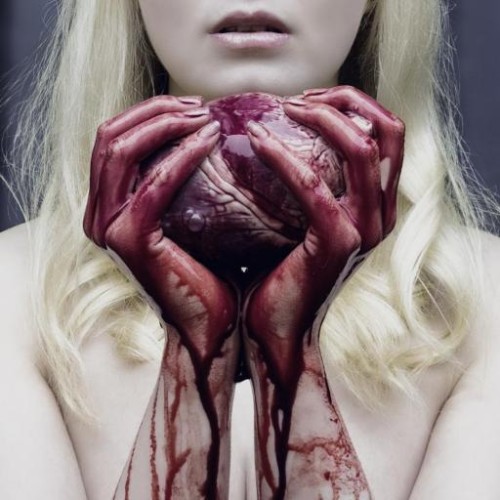