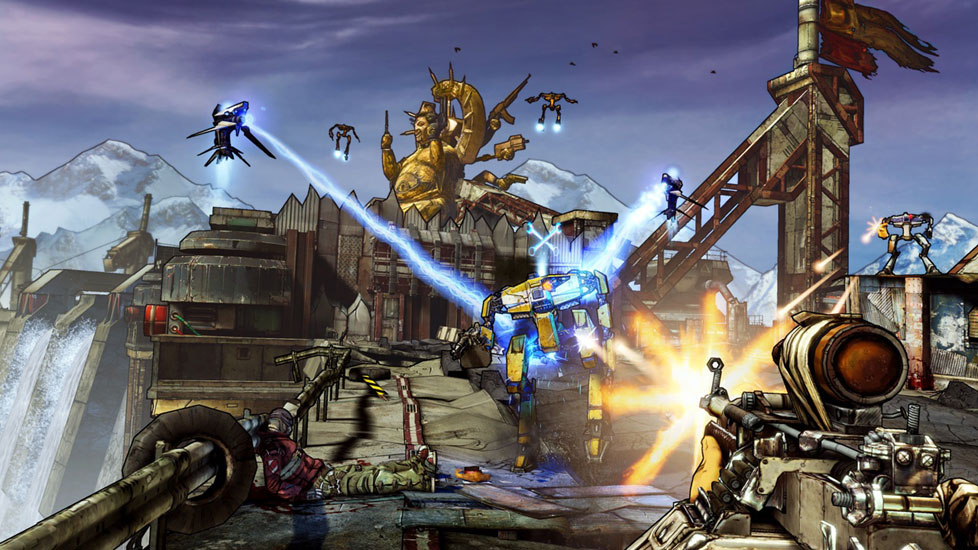 Once purchased, the Borderlands 2 Season Pass enables gamers to download all of the announced add-on content campaigns for no further cost as they become available on the PSN, Xbox LIVE and PC.

Gamers who pre-order Borderlands 2 from participating retailers will gain access to the Borderlands 2 Premiere Club, allowing them to download the Gearbox Gun Pack, a Golden Key, the Vault Hunter’s Relic and an all-new fifth character class, the Mechromancer.

The Gearbox Gun Pack is a collection of unique guns to help players begin their journey on Pandora. The Golden Key is used to unlock a rare in-game item in the mysterious Golden Loot Chest found in the town of Sanctuary. The Vault Hunter’s Relic is an in-game item that boosts players’ gear-hunting fortune while playing solo or teaming up with friends. The Mechromancer character class and other preorder items are not included in the Borderlands 2 Season Pass.

To pre-order Borderlands 2 for digital download through Steam(PC) at a discount price of $54.99 please visit our affiliate store over at GameFanShop.

Daniel Ryanhttps://www.nonfictiongaming.com/author/nfgdan/
Daniel 'Sheriff Dan' Ryan is a long time Dungeon Master who has worked in Esports, Marketing, and writes about Gaming when the sun goes down.
RELATED ARTICLES
Microsoft Xbox