The Resident Evil series has come a long, long way since its humble beginnings of mastering unlocking and preparing Jill sandwiches. The series has garnered much praise and much hate across the Internet for its shift in focus from Survival Horror to 3rd Person Action Shooter and judging by this instalment, there’s no intention of slowing the roller-coaster of action that has become the Resident Evil series.

Resident Evil 6 is broad in its scope and ambition, spanning four separate campaigns with seven playable characters. It weighs in at a minimum of 20 hours for a single play-through, making it the longest game in the series . Each campaign, bar Ada’s, sees you take hold of a team of two characters in single player, split-screen co-op or online co-op, not unlike Resident Evil 5.

This time around though, your ally is far more competent and steps have been taken by Capcom to ensure they no longer hinder your progress. For one, they are invulnerable in single player mode and secondly, they don’t attempt to pick up any items which is a welcome change. It does take away the ability for them to heal you and the inventory system has seen a complete overhaul to accommodate the more action-heavy gameplay while simultaneously removing any control you had in previous games as to what you kept on hand.

The AI controlled characters will only come to your aid when in the midst of an all too aggressive zombie hug or when you’ve been knocked into critical condition at which point you lay on the ground with the ability to desperately fire away at the enemies looming over you about to strike with the final deathblow. The four campaigns are cleverly interwoven and you will find at various times throughout a play-through the characters paths intersect (usually to topple one of the games many near indestructible opponents). Discovering the way the different character scenarios play out and cross each other was one of the highlights of playing through the game and continues the series tradition of becoming progressively confusing (in some bizarre way I’m starting to find my inability to follow the series story enjoyable, hmm, perhaps I’m just a masochist).

Graphically, the game is up to standard alongside its contemporaries with detailed backdrops, incredible lighting and expansive and varied environments. The colour palette has been chosen well, refusing to sink into the blurry grey/brown depths of other such titles and the overall aesthetic of the game makes it very attractive. Character models are another story though, as while the main cast is all highly detailed, at times the enemy models (especially notable in some of the cut-scenes) seem less detailed than previous games in the series.

It may have just been me but while the rest of the cast had visibly aged Ada seemed to have gotten younger since we last saw her in Resident Evil 4 (she also seems to have become less Asian too somehow… like some horrible re-enactment of The Last Airbender film). Each character’s hub is slightly different to the other which is a nice touch however the change is purely aesthetic and makes no difference to gameplay.

The sound is excellent with a sweeping score that suits the action at every corner. The voice cast is stellar and I was almost disappointed that I never heard any of the ‘so bad it’s good’ voice-acting the series has been known for. The squelching and crunching of the many enemies is suitably disgusting. If anything the game could do with more silence once in a while to enhance the feeling of dread and tension.

This brings me to what will once again be the most controversial aspect of the game. Purists of the Resident Evil series will find no Survival Horror to speak of here. The game gives you an ever so brief , taste of it towards the beginning of Leon’s campaign as you wander around an abandoned and darkened university but this soon gives way to the action the series has become known for. Indeed the only sense of fear I found in the game was in its all too hopeless scenario. For the first time in the Resident Evil series you’re put into a scenario where you’re not in an isolated village/mansion/lab/castle but out in cities overrun with a zombie outbreak. It really does feel hopeless for a better part of it.

As mentioned earlier Resident Evil 6 is ambitious which, while providing it some truly spectacular moments to shine, is also its biggest downfall. It runs rampant with incredible cut-scenes; these however are too frequent and are riddled with unpredictable and often confusing quick-time events. While initially the quick-time events were a nice change of pace they quickly bog down to a truly infuriating exercise in patience. There were many times throughout the game I felt a rage of biblical proportions and, were my controller sentient it would have known a fear like never before, knowing how close it had come to being flung through a window.

Indeed, the game tries so hard to cram in so much it all ends up feeling rather rushed and clumsy. While Leon and Helena’s campaign tries to be like the earlier games in the series, it only maintains that pace all too briefly before becoming a mess of quick-time events and exasperatingly long boss fights. Chris and Piers campaign is the most action heavy of the four (which I’ve dubbed Resident Evil: Modern Warfare) and while it has its moments, is bogged down by a poorly executed cover system and some too long to be interesting shoot-outs. Jake and Sherry’s campaign is the most melee focused of the campaigns but is full of set-piece and quick-time events which by the end will leave you somewhat confused as to how much you’ve actually played and what you’ve achieved. Finally there’s Ada who goes at it alone in a stealth and puzzle oriented campaign which suffers the same problems as the other three campaigns.

It’s this attempt to squeeze so much into the game that, while admirable, really lets it down. It’s like stealth, action, adventure and (almost) survival horror are all trying to be crammed into one game while never excelling at any of them individually. You’ll find yourself quite often struggling with the sudden shift of camera which is hardly fun when surrounded by the many hordes of undead/monsters.

Even more infuriating is when the camera shifts as it thrusts you into a quick-time event, especially those that see you running towards the camera, awkwardly guessing what your next action should be. Yes, be prepared to guess your way through many a quick-time event. The quick-time events can cause the game to become exasperatingly irritating, in particular when they throw you into an event with very little direction and before you know it, you’re staring blankly as the words “You Are Dead” fade into view.

The cover system is poorly executed and you’ll be left wondering how did they mess that up when there are so many games they could have simply lifted the mechanic from by now? In light of that, the ability to throw yourself to the ground at will, had it been put into a better game, could have added some great variety. However, the ability will often go forgotten.

There’s been a huge shift towards emphasizing melee attacks (most prevalent in Jake’s campaign) which is one of the big factors taking away from any kind of survival horror aspect of the game. Why should I be scared of the enemy when the game is actively encouraging me to punch them in the face?

Additional game modes include the ever present Mercenaries mode, if your thirst for blood hasn’t been satiated by the main quest. And let’s face it, as a gamer you’re thirst for blood is nigh insatiable (speaking of which it may be time to seek help, just saying). Adding nothing new to the established formula, it allows you run about some of the areas you come across in the main game to amass points by killing many a thing against the clock.

There’s also the Agent Hunt mode which while adding some variety to the game suffers the same fate as the other new additions. The execution is once again clumsy and ultimately feels rushed and badly thought-out. Personally I only played for as long as it took me to wrap my head around it and I don’t plan on going back.

Both these modes allow you to amass Skill Points which can be spent to purchase Skills which affect such things as your critical hit percentage, your damage received, etc. Your purchased skills can be placed into up to eight different Skill Sets, each with 3 different slots for skills. These Skill Sets can be changed on the fly during gameplay to adjust to your situation/play-style. The Skill System has entirely replaced the former system of upgrading your weapons which seems logical, however does take away a good deal of the customisation offered by the previous entries

So what’s the verdict in the end? Resident Evil 6 is a good game, just not a good Resident Evil game. If you enjoyed Dead Space, Uncharted, Gears of War, Heavy Rain (in a way) and even the Die Hard movies (you’ll understand after any one of the vehicle sequences), then give this a shot.

Be warned that all the titles I just listed surpass Resident Evil 6 in the voids they attempt to fill. Resident Evil 6 tries to combine aspects of all of them but ultimately fails and comes off feeling clumsy and rushed to meet a release date. It’s a shame really, as this game has some moments of greatness that, were it to have had some more development time or thought put into it, could have truly shone. Just not in the eyes of the purist fans as it still would have been a 3rd Person Action shooter. 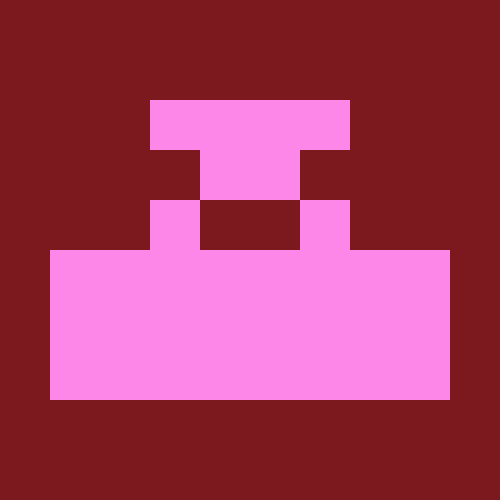